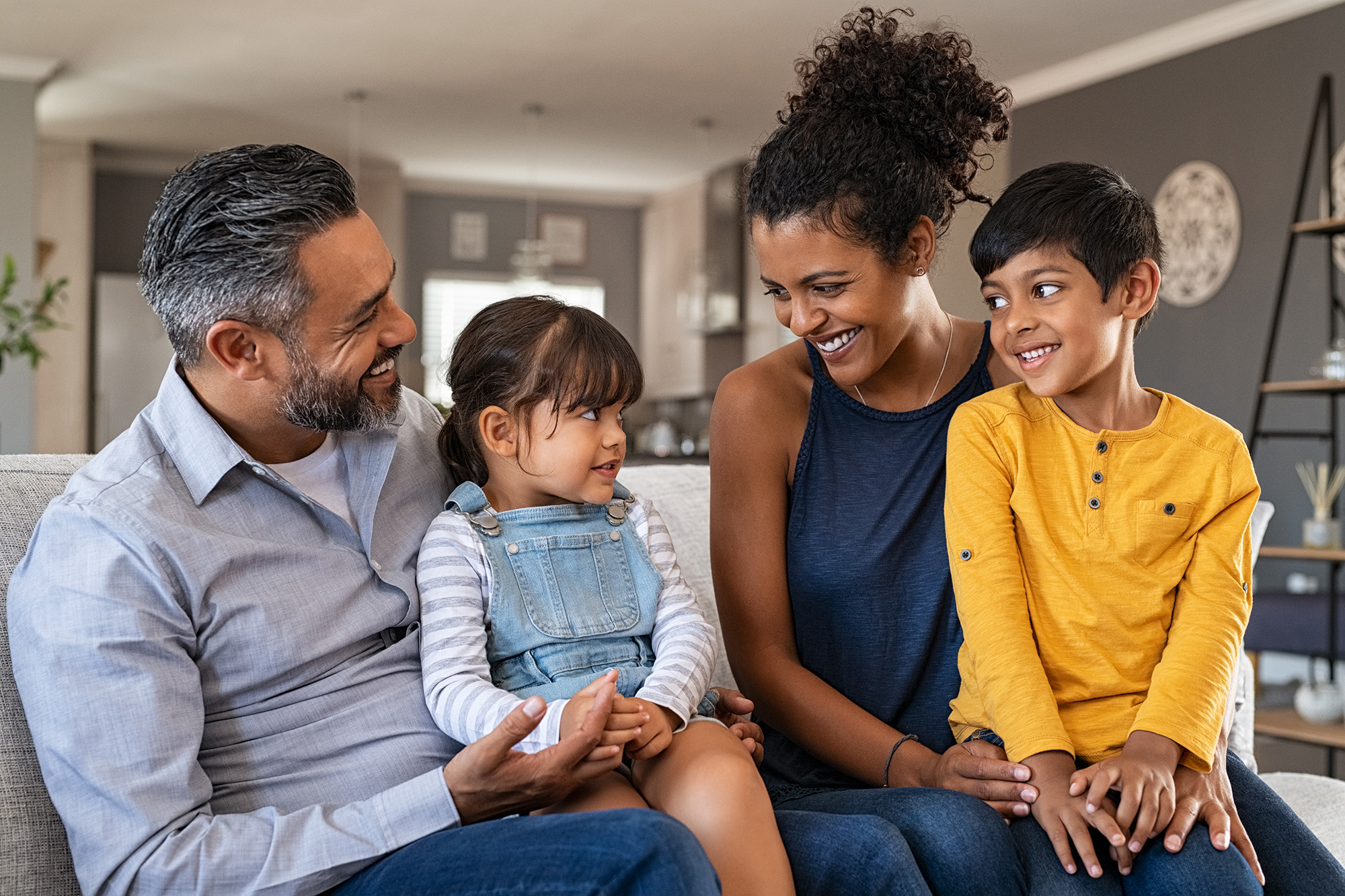 The Future of Families in America

The number of families in America has been on the decline for 20 years. In the last decade alone, the number of households where parents live with children under the age of 18 has declined by more than three million (though you wouldn’t know it from the strength of the custom new construction market).

The big question: will the Covid-19 pandemic have any effect on this trend?

In our latest study, we’ve set out to answer that, and along the way, to explore recently released data from the US Census Bureau, to determine which states and cities in America are most densely populated with families.

We began our analysis by assessing where families are largest – and houses fullest – by both state and across the 40 most populous cities. The map below depicts states with the most people per household, on average, and the table shows the same data for large cities.

Notably, the west coast – particularly when Alaska and Hawaii are included – has more people per household than any other region of the country. Five of the top 10 cities with the fullest houses are in California alone, and just six of the top 20 cities are east of the Mississippi River.

In addition to exploring the size of households, we determined which cities have the highest percentage of families. While large urban environments aren’t known for being especially family-friendly, we looked at data in the 40 largest cities again, for comparative insight.

As with the data depicting the size of households, California and Texas cities continue to dominate, with Fresno once again topping the list. On the east coast, Atlanta, Washington DC, and Charlotte are the three most family-dense metro regions.

When we opened our examination to all cities, regardless of size, we got quite a different picture. Of the 25 cities that have the highest percentage of families, only Houston is included from the large city list.

Returning to our original question, about the future of families in America, we asked 800 people – both parents and non-parents alike – how the pandemic has shaped their attitudes towards having children, or their ongoing family planning, if it has at all. It’s safe to say this once-in-a-century tragedy has been highly disruptive and disorienting for millions of Americans, and with that comes a lot of reflection and perhaps new paths in life.

The reassuring news is, on the whole, a majority of people’s family planning has not been affected by the pandemic. But there are some noteworthy changes.

Perhaps the most striking statistic is that 45 percent of current couples without children say the pandemic will likely delay them starting a family. Of course, that could mean only a matter of months, but it’s a significant number no less, and one that may continue to push the trend of fewer families in America over the coming years.

Finally, we asked about one of the most obvious consequences of the pandemic outside of health concerns related to the virus – increased financial pressure. Fifty-eight percent of parents say the pandemic has disrupted their savings plan for their children. This is yet another reminder of what a devastating event this has been and how far its effects could reverberate into the future. That said, we are nothing if not a resilient nation, and from these hardships we certainly have an opportunity to forge a brighter future.

All data related to the percentage of households with children under 18 and the average number of persons per household is taken from the 2019 American Community Survey (ACS), conducted by the United States Census Bureau. Data from the 2019 ACS was released on September 7, 2020.

Between February 1 – 9, 2021, we surveyed 800 Americans about their experiences with family planning, as related to the Covid-19 pandemic. The gender of our respondents was 55 percent female and 45 percent male, with an average age of 35 years old and an age range of 18 to 45 years old.

Feel free to use this data and research with proper attribution linking to this study. When you do, please give credit and link to https://lombardohomes.com/

Homebuying in the Age of Covid-19

Which Cities Are Adopting the Most Pets During Covid-19?

How to Choose the Perfect Floor Plan for Your Family