Home | Blog | Ranked: The Most Social Cities in America 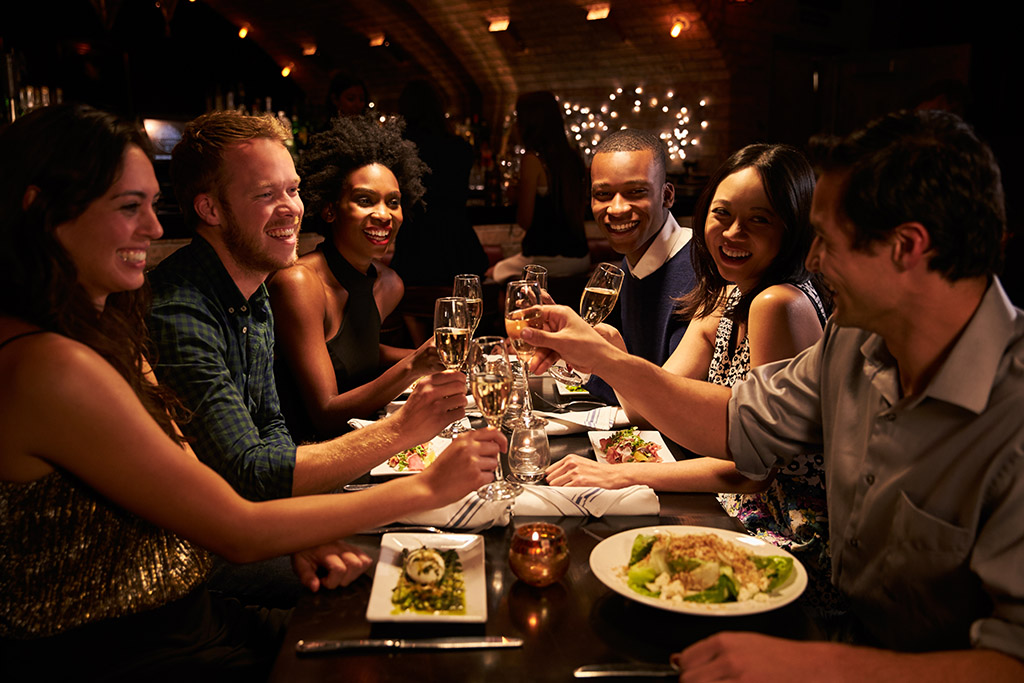 Ranked: The Most Social Cities in America

You’ve finally done it: committed to a beautiful new construction home, figured out how to decorate it, how to do the landscaping, where your kids will go to school, and where to get groceries. Everything’s in its right place. Then it dawns on you—do people in your neighborhood or nearby city like to have fun? It’s time to find out!

We looked around and concluded there just aren’t enough resources letting people know about the social climate in various parts of the country. With the summer of 2021 marking the beginning of our emergence from the social confines of the pandemic, we decided to poll 1,633 people living in America’s biggest cities, to find out where people are getting out and having fun with friends.

To score and rank cities on their social prowess, we assembled seven factors by which each city is judged, ranging from the frequency and duration that people socialize to how they treat strangers to how easy or hard it is to make new friends.

In addition to measuring how social different areas are, we wanted to learn about how the unique character of socializing varies from city to city, so we asked what’s involved when people get together with friends—do they drink, try new things, feel the need to spend a lot of money, etc?

One noteworthy finding is that now, with cannabis legalized medically in 37 states and recreationally in 18 states and Washington, DC, its use is becoming somewhat of a social staple. One in three people we surveyed say they use cannabis with friends on a regular basis.

We also asked about the glory that is “Hot Vax Summer,” which to younger generations represents the energy, partying, spending and hooking up that’s going to burst forth after most of the country has been locked down and pent up for more than a year of pandemic. Seventy-six percent of the people we surveyed said they’ve been looking forward to Hot Vax Summer and 64 percent say it’s living up to expectations so far.

Colliding with all the excitement for Hot Vax Summer—and America’s broader and hopefully triumphant return to socializing—has been a worthy foe: economic inflation. Due to a culmination of several factors, inflation is real this summer and people are feeling the pinch. Seventy-one percent say they’ve noticed the effects of inflation specifically while socializing.

Nearly half of Americans (44 percent) say they are spending more on socializing now than they were before the pandemic, which could be both from pent up excitement and rising costs. On average, respondents said they spend $118 per weekend socializing.

The transition back to a full social calendar has been hard for many people, beyond costs. Seventy-nine percent of Americans we surveyed say they felt anxious about starting to socialize again and 49 percent still feel anxious about it.

With the Covid-19 Delta variant surging, many Americans are still wary of socializing without masks. In fact, 71 percent of those we surveyed say they still wear masks in social situations. Of that group, 45 percent do so to send a message that mask-wearing should be the norm; 26 percent say they are vaccinated but still afraid of getting Covid-19; 18 percent are afraid of being judged for not wearing a mask, and 11 percent say they’re not vaccinated and afraid of getting Covid-19.

One of the more interesting social phenomena to emerge from the pandemic has been the shrinking of social circles. Two in three Americans say they have trimmed their social circle since the beginning of the pandemic. Twenty-five percent say it’s because they don’t have enough time and energy to maintain all the friendships, but a majority— 75 percent—say they grew apart from some people over the past year and a half.

However you’re socializing this summer—whether it’s with a tight group of essential friends or a big crowd in a big city; whether it’s with a mask or with a vax card in your back pocket—we wish you a safe and happy experience. No doubt, you’ve earned it!

Between June 16 – 26, 2021, we surveyed 1,633 Americans living in and around 22 major urban centers, asking a range of questions about their social habits and attitudes. Our respondents were 45 percent female and 55 percent male, with an age range of 18 to 68 and an average age of 37 years old.

Feel free to use this data and research with proper attribution linking to this study. When you do, please give credit and link to https://lombardohomes.com/