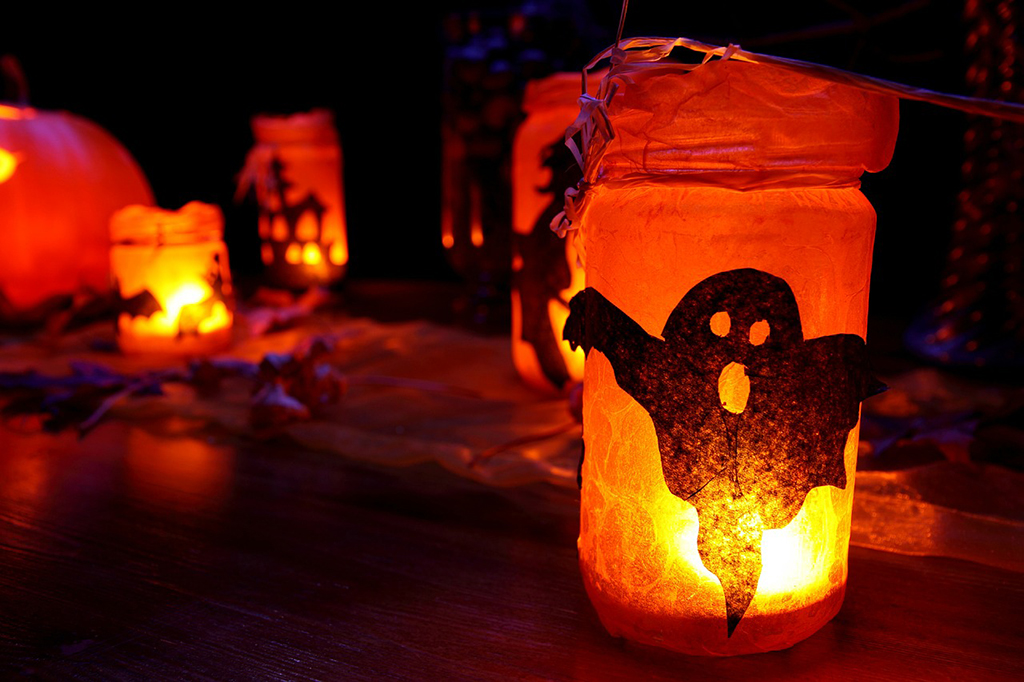 Most Popular Halloween Decorations by State 2022

Spooky season is officially here, and we’re here for it! Whether it’s the classic pumpkins on the porch or an all-out, full-house display, Americans are getting in the spirit of the Halloween season.

In anticipation of the spookiest time of the year, we analyzed more than 1,200 Halloween decoration search terms in Google, to identify each state’s favorite spooky decoration. We also polled over 1,000 homeowners to understand national trends in Halloween home decorations, including when they put them up and how much they plan to spend.

Remember the year of the creepy clowns? So do people in South Dakota, Nebraska and Massachusetts. And a few states, like Missouri and Kentucky, are all about witches.

When we conducted this study in 2021, we were curious as to which states decorate the most based on Google search trends. This year, we decided to take a closer look at major U.S. cities to find the top 30 “spookiest” cities that decorate the most for Halloween!

Las Vegas tops the list as the spookiest city in America, followed by Denver and Baltimore. West coast cities Portland and Seattle round out the top five.

Southern and Midwest cities round out the top 10 for spookiest cities, with Louisville, Nashville, El Paso, Oklahoma City and Detroit ranking 6 through 10, respectively.

When you think of Halloween you probably think of carving pumpkins. The two tend to go hand in hand, and it makes sense that the classically carved pumpkin ranks first for the most popular Halloween decoration across America.

Skeletons, another classic decoration you may think of when you hear “Halloween,” rank second, with a witch’s cauldrons coming in third.

But you really just can’t top a classic pumpkin! One of the great things about them is that there are so many ways to use them in your home decorations. According to our analysis, the most popular way to utilize a pumpkin during the spooky season is by carving them, but glass, mini and ceramic pumpkins are also popular and easy ways to decorate. Festive pumpkin lights also made the list of top pumpkin decorations.

Our favorite pop culture decorations can’t be left out. Would it really be Halloween without watching some spooky seasonal movies? Tim Burton’s Nightmare Before Christmas comes in as the most popular pop culture decoration, followed by the Disney Classic Hocus Pocus and Beetlejuice. Disney and Michael Myers’ Halloween movies came in at four and five. Speaking of Hocus Pocus, according to survey respondents, 40% of Americans are excited to watch the new sequel!

How long does it take to take your home from normal to spooky? On average, people will spend 3 hours decorating for Halloween. A large majority plan to decorate the inside of their house (69%) and the front door (63%), but exterior decorations and yard displays are also popular (56%) as well as window displays (51%). Americans will also spend an average of $61 annually on Halloween decorations.

Inflation is impacting people’s Halloween plans, but not putting a damper on their spooky spirits! According to our survey, nearly half of Americans will be spending less on decorations and candy this year because of inflation. But don’t worry, you can still plan to go trick-or-treating to decorate homes as 71% of Americans are still planning to decorate for the season.

Halloween isn’t for everyone, but the majority (84%) of Americans enjoy the spooky season. Similar to driving around and checking out your neighbor’s Christmas decorations, 61% of respondents say they’ll walk or drive around to check out everyone’s Halloween displays.

Under a third of people really get into the spirit and dress up in costume while handing out candy to trick-or-treaters. Most people are anticipating the same amount of door knockers as every Halloween, but over one in six are expecting fewer kids this year!

It seems this age-old debate may be settled. 80% said Halloween should be celebrated on October 31st, 19% said the last Saturday of the month while 1% said never! Chilling. And when’s the party over? 52% said they will take down their Halloween decorations between November 2-7 while 23% say the Halloween spirit dies on November 1.

No matter how you plan to celebrate, make sure to have fun and eat lots of candy!

We analyzed more than 1,200 Google search terms related to Halloween decorations and buying themed decor to complete this study. For city-level data, we looked at search volume per capita averages over the past 24 months.

In August 2022, we surveyed 1,003 Americans to get their feedback on decorating for Halloween and the typical holiday decorations. Respondents were 49% female, 49% male and 2% nonbinary with an age range of 18 to 76 and an average age of 36 years old.

When using this data and research, please attribute it by linking to this study and citing lombardohomes.com.

Home Decorating DIY: How to Make a Halloween Balloon Ghost

Which State Decorates the Most for Halloween?